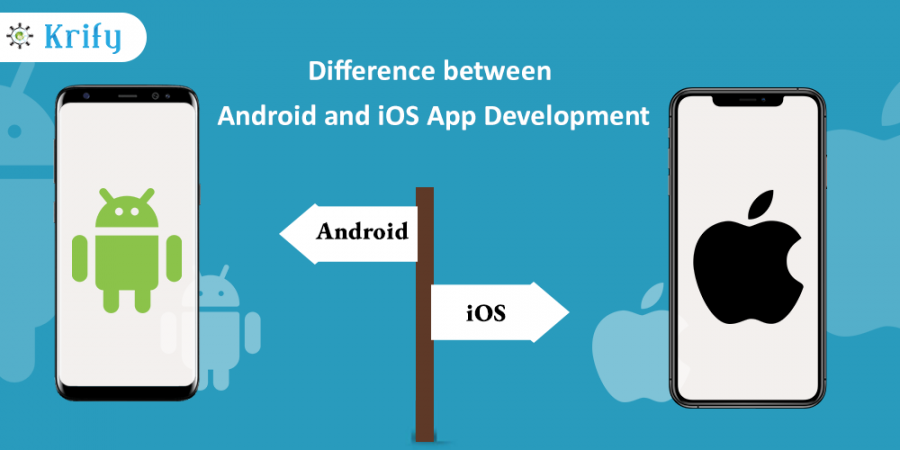 It is a difficult job to build a mobile app. There has been a growing demand among end-users and industries for smartphones. Mobile devices have become so common that without them, it’s difficult to imagine our lives. This has contributed to an increase in both Android and iOS smartphone devices for mobile apps.  Platforms for iOS and Android can look identical, but they have their peculiarities. In the technological foundations of mobile app development and production of an app, there are many differences between Android and iOS app development.

Not only in terms of technology but even from a design and marketing point of view, the platforms vary. The whole idea, in other words, will be based on the operating system chosen. The variations will be noticed by top software developers transitioning from one OS to another with a completely different programming language.

Now let us focus and understand the difference between iOS and android app development.

Java is designed for mobile app creation based on Android. To be scripted, Java requires a lot of code. The new Swift was developed to build mobile applications based on iOS. Swift’s coding is much quicker than Java. It takes more time to code for Java programmers than for Swift ones. In 2014, Swift first appeared, and due to writing less code, mobile apps are developed faster.
The Kotlin coding language that is fully incompatible with Java can be switched to Java. It was developed as an enhancement to the Java language: intuitive, easy to read. Also, the primary language for creating an Android-enabled app is considered to be Kotlin.

When creating an app, there are several concepts to remember. Screen sizes & resolution: iOS devices based on Apple have 2 screen sizes and over 3 possible iPhone resolutions and some iPad resolutions. The iPhone 4 resolution is also used by iPad users. Google-based devices operating on Android, meanwhile, have a large number of screen sizes that contribute to a wide variety of screen resolutions.

The Eclipse tool was formerly introduced by engineers as an environment for Google-based app creation. Later, because of its excellent possibilities, Google released Studio, which all engineers started using: easy packaging, cross-platform, fantastic flexibility, and debugging.

When developing Apple-based iOS software, iOS developers use XCode. It is an extremely powerful environment for Mac/iPhone/iPad users to create fantastic applications. It can also detect logic and syntax errors and get the code fixed.

In the code language, the distinction between Android & iOS is not so difficult as with OS fragmentation. Apple has a small number of devices running iOS, with a wide variety of devices running on Android-enabled devices. The development of Android-backed gears is more complicated, moving slower due to a wide range of OS than iOS-enabled gears with a narrow range of OS.

Android devices have a wide variety of different display sizes. When growing, this should be considered. This is also about the frameworks that operate on smartphones that have to be taken into account during the development of the mobile app.

More helpful information about consumers using iOS/Android-enabled devices can be provided by demographic statistics. At present, the Google-based network has the world’s largest platform share.

Android users appear to be male, employed in Energy Utilities/IT between 18-34; their annual average revenue is 50K – 100K. IOS users, on the other hand, are female, over 35, employed in the marketing/media/business field, and with annual revenue of 200K.

You need to focus on the platform in order to define the cost of the app based on business needs. Pick the team for production and ask for a rough estimate. It would help if you took into account that the cost of creating the app depends on the time it takes to develop it. The truth is that the more time the app takes, the more it costs.

In terms of OS heterogeneity, Android-backed platform development is more time-consuming and slow. In comparison to iOS, it takes 40 percent more programmers to create an Android-enabled mobile app.

When selecting a platform to create a mobile app, there are several things you should pay attention to. To outline the difference between Android and iOS platforms, we have seen the main elements. The most important aspect is to analyze and understand the components that separate these two channels for your business app.

It is the best choice to consult a company if you are looking to develop a mobile app.

At Krify, we have the best web developers who are experts in trending innovations and apply their expertise according to the mutual requirements of customers in developing robust mobile and web applications. If you are looking for an android development company in India or an iOS development company in India, you are on the right page. For more information, contact us. 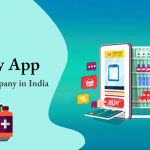 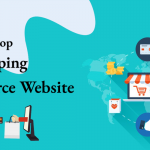