The ability to communicate with others via both public and private messages is one of the best features of social media apps. Even video calls and group conversations are features that are available on several social media platforms. In order to stay in touch with individuals, this is a much simpler and more inexpensive method.

This is a place where people see the posts, images, videos, polls, locations, and many other things shared by other users of the application. In this way, users will get to know the interests of other users.

Users will be able to create posts in the form of videos, images, polls, audio, and others. So, users will show more interest in using the application as they will be able to show who they are, to the other users.

Jobs is a section that needs to be implemented in the social networking site as many people these days are searching for jobs on them. So, adding this will help the recruiters to share the job requirements in your application. Also, people can search for jobs easily with the help of filters like categories, locations, and more.

One of the best features which you will not be able to see in all the social networking applications. Here we can create a blog, album, event, group, and page. This will make the users more attracted to your app as it is not a common feature in other applications.

Krify is a top web, and app development company that provides qualified developers with experience in constructing applications like Facebook using cutting-edge technologies. To make your idea of developing a networking app live then get in touch with us now. 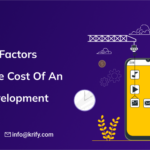 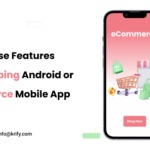