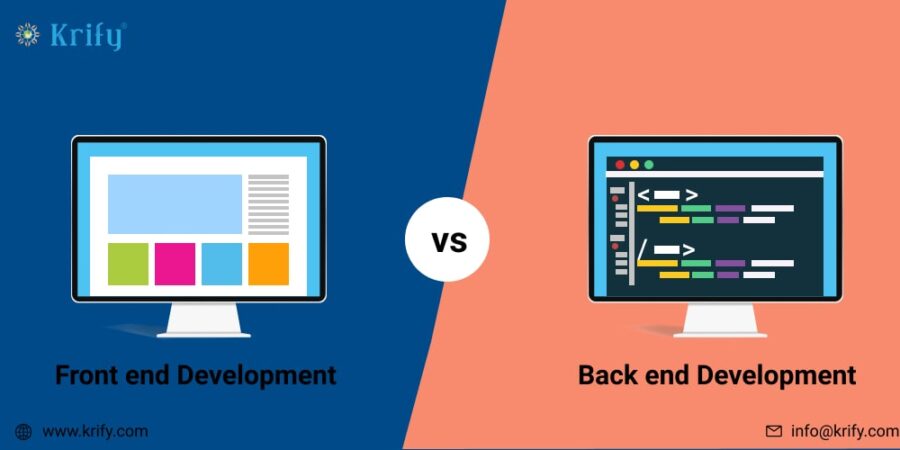 Frontend and Backend are used in web development. These words are quite important when it comes to web development, but they’re not synonymous. To improve website performance, each side must communicate and collaborate as a whole unit with the other.

What is Frontend Development?

The front end of a website is the portion of a website that a user directly interacts with. It’s also known as the application’s “client-side.” Users see everything on the screen, including text colors and styles, pictures, graphs and tables, buttons, and color schemes. HTML, CSS, and JavaScript are the programming languages utilized for Front End development.

Front End developers build the structure, design, function, and content of everything seen when websites, web applications, or mobile apps are opened up. The Front End’s primary goals are responsiveness and performance. The developer must make sure that the site is mobile-friendly as well as performant.

The Following Languages are Used in the Frontend:

HTML stands for Hypertext Markup Language, which is a markup language used to create the front-end portion of web pages. HTML is a combination of the words “hypertext” and “markup.” It’s made up of two parts: hypertext and markup languages. The link between web pages is defined by hypertext. The text documentation within the tag that defines the page structure is specified in the markup language.

CSS (Cascading Style Sheets) is a simple-to-use programming language designed to make web pages more appealing by reducing the amount of work required to style them. CSS enables you to apply styles to websites independently of the HTML that makes up each page. More importantly, CSS allows you to do this despite the fact that each web page is made up of different HTML.

JavaScript is a well-known programming language used to create magic on websites in order for visitors to interact with them. It is used to add features to websites, allowing them to run fun games and online applications.

There are a plethora of other programming languages to choose from, depending on the framework, such as Flutter’s user Dart, which utilizes JavaScript, and React uses Python. And there are a lot more.

AngularJS, ReactJS, jQuery, SASS, Flutter, Some libraries and frameworks, like Semantic-UI, Foundation, Materialize, Backbone.js, Ember.js, and others are available.

What is Backend Development?

The backend is the server-side of the site. It contains and organizes data, as well as ensuring that all elements on the client-side of the website operate correctly. It’s the component of software you can’t see or interact with. Backend designers create components and characteristics that are then accessed by users through a front-end application. Backends, for example, include activities such as writing APIs, developing libraries, and interacting with system elements without user interfaces or even systems of scientific programming.

The Following Languages are Used in the Backend:

The backend is constructed using languages such as C#. The following languages are used in the final back-end portion:

Java is one of the most popular and widely used programming languages and platforms. It is highly scalable. Java components are readily accessible.

Python is a programming language that allows you to develop applications more quickly while also allowing you to connect systems together.

JavaScript can be used as both a front-end and back-end programming language.

Node.js is a JavaScript runtime environment that runs code outside of a browser. Because NodeJS isn’t a framework or a language, most people are perplexed and mistake it for one. Most individuals are confused and think it’s a framework or a language because it’s not either. Node.js is commonly used to develop backend services such as APIs, such as Web App or Mobile App.

The back-end platforms listed below are: Express, Django, and Laravel.

This is where we’ll build and maintain your site. We’ll be using the following backend programming languages: C#, REST, and so on.

Although frontend and backend development are quite different, they are nonetheless two elements of the same scenario. The frontend is what users see and interact with, whereas the backend is concerned with how everything works.

Krify is a top Backend Development Company, and also a top Frontend development company in the UK, working with clients from around the country. We serve businesses from across the country, including Kakinada. As a leading frontend, a backend development company in Kakinada, Bangalore, and other cities throughout India that cover a wide range of sectors, we are well-known. Get additional information by contacting us now. 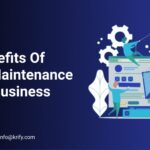 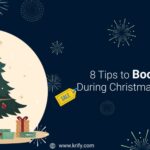 Next Post 8 Tips to Boost Sales During Christmas & New Year