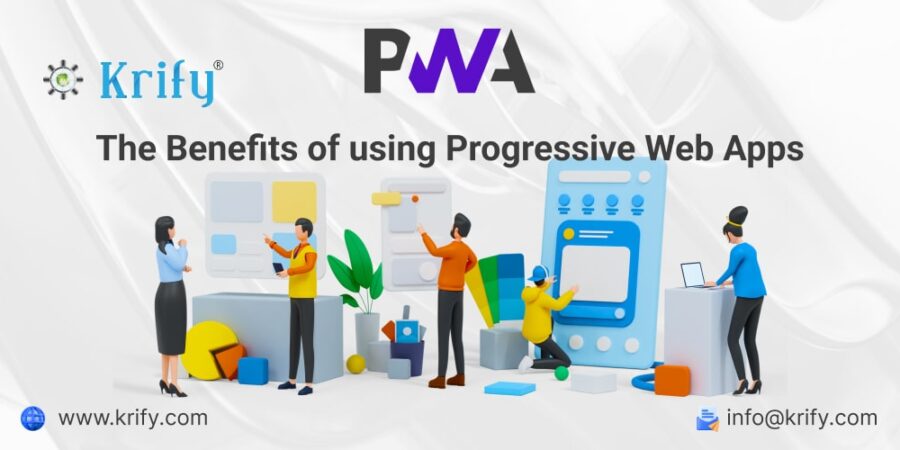 Progressive Web Apps (PWAs) are a relatively new type of web application that combine the best features of traditional web apps and native mobile apps. PWAs are web applications that are built using standard web technologies such as HTML, CSS, and JavaScript, but they provide a user experience that is similar to that of a native mobile app. PWAs can be installed on a user’s device and can be accessed offline, just like native mobile apps. In this blog post, we will explore the benefits of using PWAs for your web and mobile app development.

What is Progressive Web Apps(PWAs)?

First, let’s define what we mean by PWAs. PWAs are web applications that are designed to work offline and can be installed on a user’s device just like a native mobile app. They can be accessed through a web browser and can be added to a user’s home screen, just like a native app. PWAs are also responsive, meaning they adapt to the user’s device, whether it’s a smartphone, tablet, or desktop.

Below are some of the benefits of Progressive web apps

PWAs also provide a better user experience compared to traditional web apps. PWAs can be installed on a user’s device, which means they can be accessed offline. This is particularly useful for users who are travelling or have a poor internet connection. PWAs also provide a more seamless experience for users, as they do not need to be downloaded from an app store or go through a login process.

PWAs are built using standard web technologies, which means that they can be indexed by search engines like Google. This means that PWAs can be found by users through search engines, which can increase visibility and drive more traffic to your app.

PWAs also have a smaller size compared to native mobile apps. PWAs do not require users to download large files, which means they take up less storage space on a user’s device. This is especially useful for users who have limited storage on their devices.

PWAs are also more secure compared to traditional web apps. PWAs can be served over HTTPS, which means that they are protected against man-in-the-middle attacks and other forms of tampering.

Progressive Web Apps (PWAs) are a new type of web application that provides a user experience that is similar to that of a native mobile app, but are built using standard web technologies. As PWAs continue to gain popularity, it’s worth considering using them for your next web or mobile app development project, as they can provide a number of benefits for both businesses and users.

Our highly skilled professionals at Krify are well-versed in the latest technologies and trends, and they stay current on upcoming developments. If you want to create a progressive web application with our assistance, you’ve landed on the right page. Contact us today to discuss your project requirements.

Next Post Benefits of React Redux for Building Scalable Applications